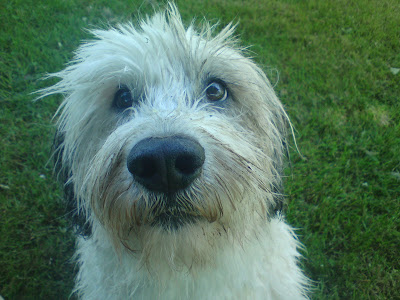 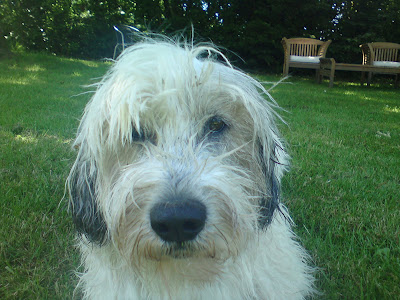 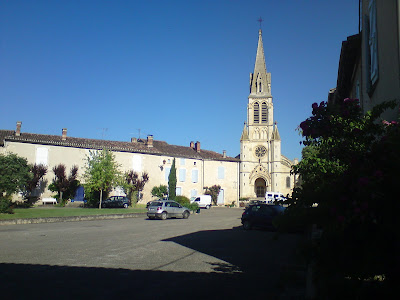 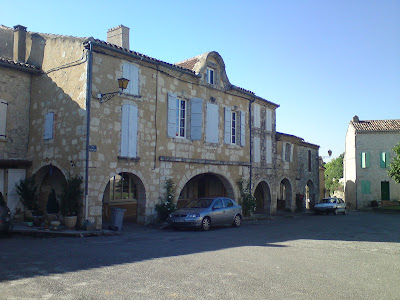 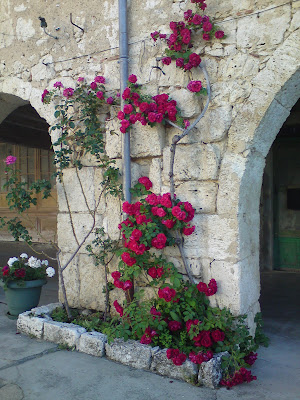 There was one very crotchety Angus here last night. After Sunday's unexpected delay in seeing the kennels ( and the puppies ) I telephoned the owners yesterday afternoon to check that everything was going to be fine for our visit. A man answered the phone and said that his wife arranged the viewings and she was out at work, could I call back in an hour ? An hour and a bit later the phone was answered by the same man who now informed us that his wife was very ill and it wouldn't be convenient for us to come. I bit my tongue and growled out a quick ' thank you for letting us know' before curtly putting the phone down . This was presumably the same wife who called on Sunday and who had been out at work when I'd phoned earlier in the day. Why not simply say they couldn't be bothered ?

'The font' pointed out that it didn't take a great psychologist to work out why I was so grumpy ! Someone in the family had clearly begun to think about bringing a puppy home with them. My mood wasn't helped by the sad news that Max in South Africa had passed on. He'd fought long and hard . Over dinner we toasted him, his adoring family, and all those canine companions who become such an integral part of life. Whether we like it or not they become fully enmeshed with our routines and lives and we with theirs.

This morning the search for a new puppy starts all over again. 'The font' thinks that for practicalities sake we should stick with the breeders outside Toulouse despite their strange behaviour. Even after sleeping on it I'm not convinced. Are they trying to hide something or is there a genuine reason for delaying twice ?. A major problem if we look elsewhere is the logistics of bringing an eight week old puppy across the border from Belgium , Germany or Switzerland - a full ten hours drive away - and a mass of additional paperwork.

Wilf had a bath yesterday and for a while his level of grumpiness matched mine. He gave me his best ' I am not happy' look. As a treat he had a long sunset walk through the next village, christening the plants as he went - the more observant villagers may notice that their roses seem to be growing remarkably well. Wilf seems to be in no rush to change his increasingly sybaritic lifestyle. He doesn't have to share tickles with anyone else, meal times are quiet and decorous, and he has undivided attention at rug surfing and swing biffing time. But sometimes at night when he's nestling into me I catch a quick look in his eyes that say's 'why must things change ?'. Good question . They just do.