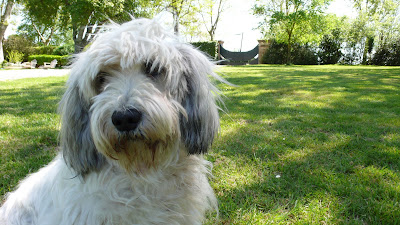 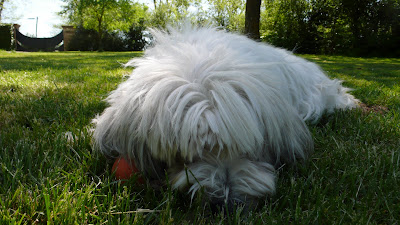 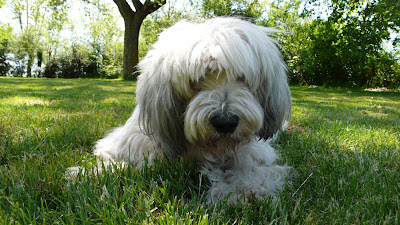 It's now five in the morning and Digby's finally asleep. I'm settled near him on the sofa in the downstairs office . This way he can get a pipette of water on the hour every hour. His temperature hit a new high of 40.7 yesterday afternoon and he's had 500 mg of aspirin to try and bring it back under control. He'll get a similar dose of aspirin later this morning - this might just bring his appetite back. Yesterdays blood tests show that the infection has taken hold again and his liver results are particularly dire - in other words he's back to square one. The vet says that pedigree dogs are particularly susceptible to recurrent attacks of this form of tick disease.

The family arrived home late last night . Wilf was doing cartwheels off the walls with excitement but his little brother didn't seem to register what was going on. He lay on his bed by the door oblivious to all the attention he was getting from the boys.

It's a national holiday here today and everything, vets included, is closed but we've asked for a home visit on Monday after the family fly off. Boy is this little tike a fighter - he does not want to go until he's good and ready.