Wilf, gadgets and the sunset. 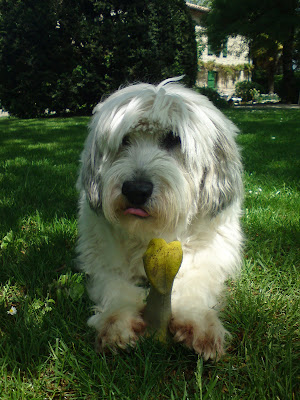 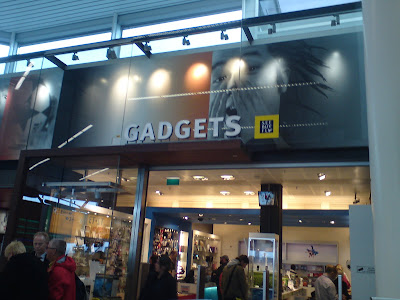 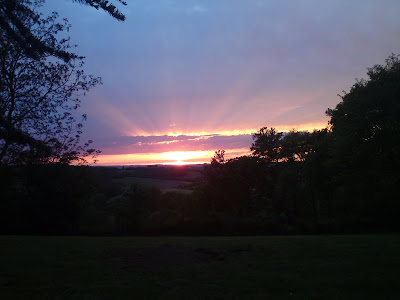 Absolutely hate rushing for planes so allowed an hour and a half to get from the hotel to the airport, go through security and still have time to spare. Of course on this particular morning the autoroute was eerily deserted - the lack of cars made it seem as though the horsemen of the apocalypse had swept through town in the middle of the night. As a result an impossible to replicate ten minutes from the front door of the hotel to the departure lounge.

The lines at the security gate soon explained the lack of traffic on the roads. The entire population of the Netherlands had chosen that very morning to get up early and decamp en masse to the airport . There they all were standing happily shell suited with their trolleys and wheelie bags waiting to be scanned and take off their footwear in homage to the shoe bomber. Oh, the glamour of travel. Just as I had prepared myself for a lengthy period of airport purgatory along came a young lady in an egg shell blue uniform to open up a new screening position - right in front of where I was standing. 30 seconds later and I was through.

Have you noticed that there are two parallel sets of time that operate at airports ? If you're in a rush to catch a flight every minute only has ten seconds in it. Conversely, if you get to the airport early then time suddenly stretches. A minute suddenly becomes ten minutes. Having read my paper from front to back and then re-read it from back to front I realised that there was still an hour and a bit to go before the gate opened. Time to take a deep breath and go shopping. That's when the 'gadget' sign caught my eye. Nirvanah in terminal C. Solar powered coffee mugs, a system that enables you to desalinate water at home and a moving electronic dinosaur. If only there was no limit on cabin baggage.

Last night I called a reluctant Wilf out into the garden to watch the sunset and have a serious mano a mano. We settled down on the top of the hill next to Digby. I explained the situation to him. The more I talked the more he nestled into me. When I got to the point about the two options of either a puppy or a rescue dog he yawned, put his head on my knee and rolled on his back. This is where 'the font' found us half an hour later - two old chaps dozing on the grass in the twilight. Something must have clicked. After dinner he suddenly appeared with a toy in his jaws - a sure sign that he wanted to play. For half an hour a reversion to more innocent days as he rug surfed his way up and down the smooth hall tiles . His enjoyment was nothing compared to our happiness at seeing him play again.