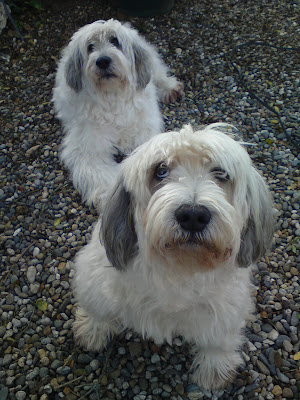 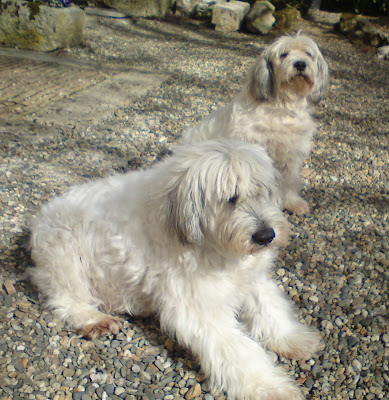 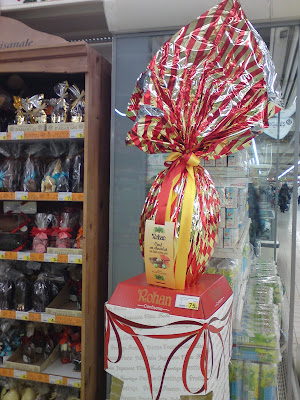 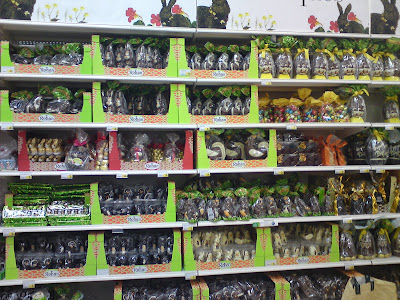 The morning was spent at the shopping mall in Toulouse laying in provisions for Easter. The Easter egg counter was particularly intriguing. France , despite the vehement protestations of the French to the contrary, is the European country whose infrastructure is most like Americas. The shopping malls could be straight out of California, the road system is modelled on the interstates, and the size of the parking lots is simply enorme. It has to be said that the simple act of getting around and doing things is so easy here in comparison with the UK. There is of course nothing on earth quite like the variety and quality of food and wine to be found in a French supermarket. Yesterday the shelves were groaning under the weight of the first of the new seasons strawberries - unchilled and picked that morning. We've learnt that you have to eat them the same day if the slightly savoury taste is to be enjoyed to the full - putting them in the fridge destroys the flavour and changes the texture. Sitting in the sun with a glass of rose, a bowl of strawberries and some cheese from a mountain farm - simple but unbeatable

Wilf seems to be sleeping a lot. Is that marked change in routine normal for older dogs? His appetite is fine, he enjoys his walks,enters into his swing 'biffing' game wholeheartedly but for much of the day he just seems content to sit and doze. I'm worried he might have been bitten by a tick and caught something but 'the font' is of the view that as he's eating well it's probably just an age thing. Living in the depth of the countryside we have them dosed with Frontline and have a tick collar on them all the time - they get finger tip checks every day. Is there anything else you do to stop ticks?