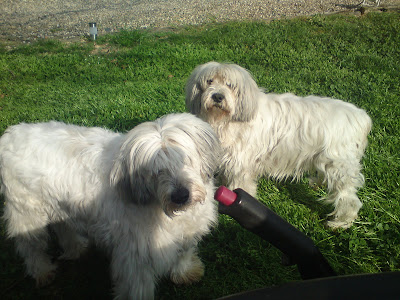 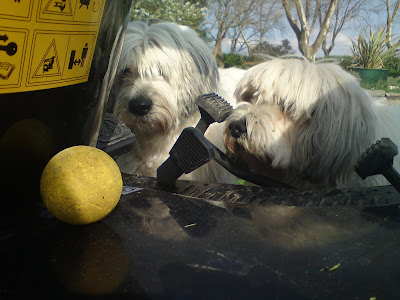 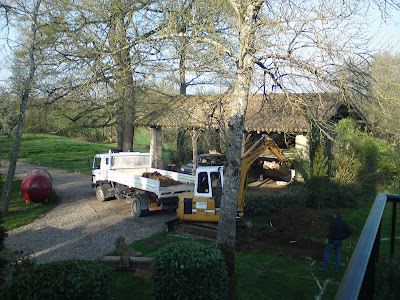 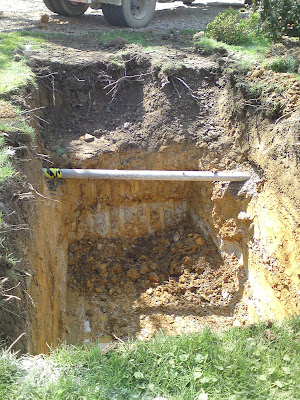 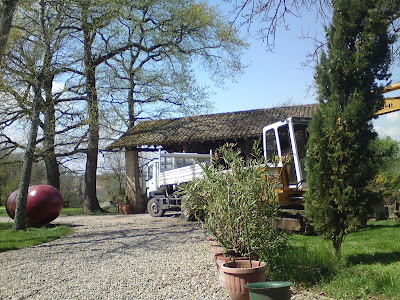 France is a country that has rules and regulations for absolutely everything . It is part of the republics inbuilt DNA that each and every eventuality must be legislated for. It therefore comes as a surprise to discover that as a nation of safety freaks they seem to be quite happy to have their fuel oil stored inside the house. In the rickety old farmhouse we call home 5000 litres of heating oil rubs shoulders with the boiler and the downstairs kitchen. In insurance terms this is roughly the equivalent of re-fuelling a jet fighter while smoking a pack of Gaulois - one spark and you're a goner.

Our wish to move the smelly old fuel tanks outside into the garden and lessen the risk of immolation was met with total incomprehension. Planning officials would look across their desks in complete stupefaction. We would have had a warmer response if we'd suggested building a 300 metre tall revolving statue of Homer Simpson. Now, after months of discussions over drainage, ground water conditions, insulation standards and access points the approvals have come through. At seven this morning the team arrived to begin the installation. A large mechanical digger, two white trucks and a team of seven have delivered a huge fuel tank. Like enraged worker ants they have been digging away and have excavated a hole five metres deep and four metres across. The only problem is that the hole isn't where it is supposed to be. Oh, and did I happen to mention they've uncovered the main drainage pipe ?

'The font' has sensibly chosen today to head back to London to look after Grannyfont. It goes without saying that for Wilf and Digby the hole, the digger, and the precariously stowed fuel tank are the most interesting things in the world. This morning I have already learnt that the French word for seepage from a tank is infiltration. By the end of the day the list of words in my French vocabulary is likely to be much greater.
***** Breaking News ****** - The dreaded knock on the door. The head hocho standing there. 'Profound apologies but the digger has broken the drainage pipe'. More, possibly much more , tomorrow. The boyz of course think that Christmas has come early - smells, and lots of them ! Humans worry about smells - dogs just love them. Way to go .
Posted by Angus at Wednesday, April 14, 2010