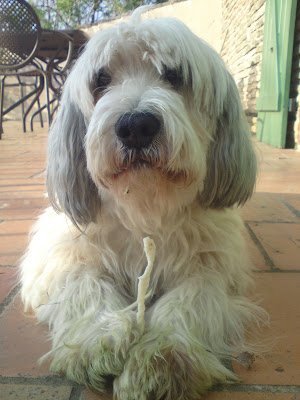 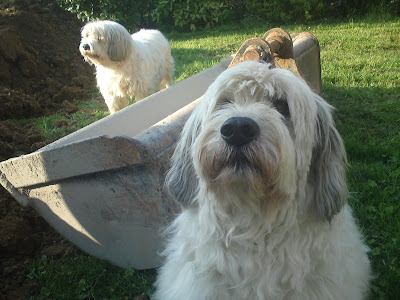 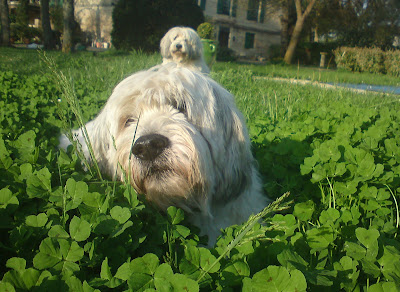 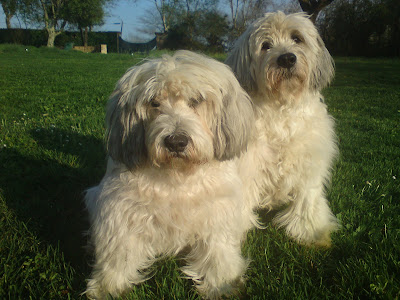 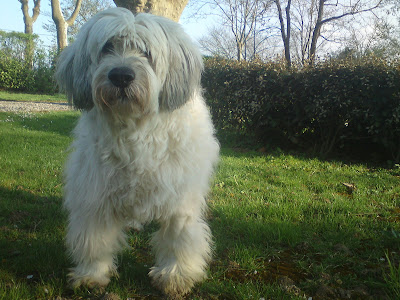 For Wilf and Digby yesterday was a day for simply chilling out and sunning in the wild clover . From time to time they would bestir themselves to go and explore the latest surprises uncovered by the excavator. It's not every day the boyz can enjoy the excitement that comes with having a large mechanical digger probing around in the garden. Wilf's attitude is that excellent things are rare so enjoy them while you can - particularly the smells.

For 'the font' yesterday was a day of discovering that the UK's air space has been closed to all flights because of a volcanic eruption in Iceland. No chance of getting back from London by plane until Sunday at the earliest. The scenes at the Eurostar terminal when the crowds discovered that the trains to Paris were full was apparently pure Bedlam. A further discovery this morning (after squezzing onto a crowded late night channel crossing) that France has followed the Brits and closed all its airports until further notice. Like the story line in some Sci-Fi movie the ash laden tentacles are slowly drifitng across the continent bringing travel to a halt. This morning Germany and the Czech Republic have shutdown their airspace.

For 'the font' a long drive south in a rental car beckons if a train from the docks at Calais to Paris, and the car rental agencies, can be found. You could not make it up. 'The font' is talking about hitching to Paris ! The offer to hold on until I can drive the 1000 kilometres north has so far been spurned. We shall see what the day has in store.