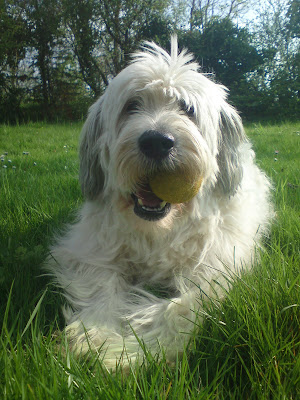 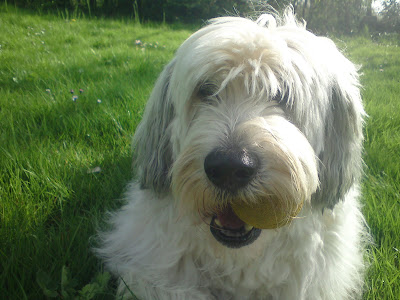 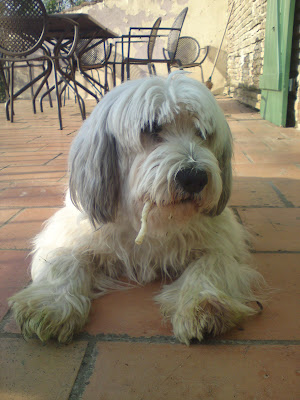 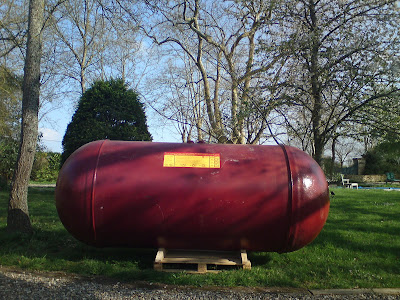 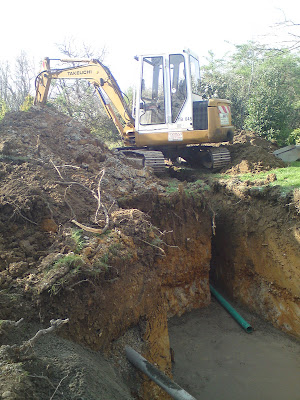 Much to Wilf and Digby's chagrin the large hole in the ground has been filled in , the concrete poured, and the enormous fuel tank finally buried out of sight. The hoarde of excavators, diggers, shovelers and general hangers on that have been beavering away and playing catch with them for the last two days have gone. Peace has been restored although from the boyz perspective it is not such an interesting ,or smelly, place. Oddly, the two old leaky, malodorous fuel tanks that nestle dangerously in the basement have been left in situ. Time for a phone call to the contractors to make sure there has been no misunderstanding about what taking out the old tanks and installing a new tank actually involves.

After an epic journey 'the font' and the associated wheelie bag arrived home at eight last night to an enthusiastic welcome. Highlights of the journey included hitching in the cab of a large truck from the port to the outskirts of Paris, a shared cab to Charles de Gaulle airport, and the miraculous rental of one of the few remaining Avis cars . Then voila seven hours behind the wheel and home. From London to Toulouse in thirty nine and a half hours including the late night ferry crossing. It now looks as though people will be stranded until at least the middle part of the week. Great news for the kids , bad news for their parents

Must rush now to get the rental car back to Toulouse airport before they charge us for another day. Have a great weekend.