That bell. That hair. 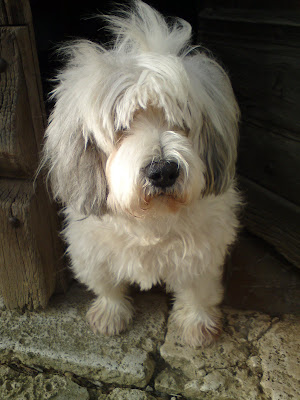 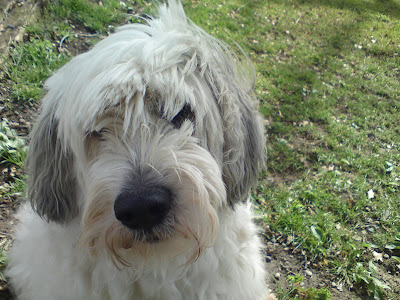 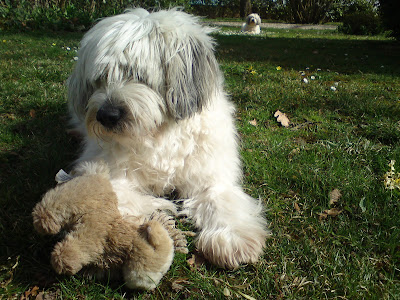 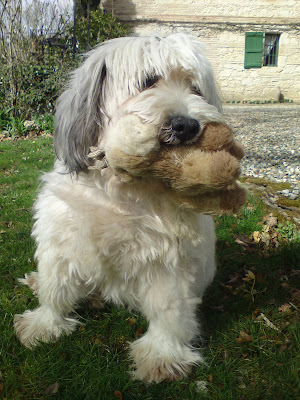 It's now 8.30 in the morning and so far nothing has stirred in the village. It's a French national holiday and total silence reigns supreme. Apart from the chatter of the birds the only noise is the hour marking dunk-dunk-dunk of the church bell . It continues to chime eleven times - twice - every hour day and night. As we returned from the morning walk 'the font' noticed that the hands on the clock face have somehow got stuck as thirteen minutes to four. Another running repair by the mayor is in the offing.

Wilf seems to have recovered from whatever was ailing him. He enjoyed a long post lunch walk yesterday afternoon and managed to squeeze in twenty minutes of 'hide the toy' before he turned in for the night. It could be that he's arthritically feeling the cold after having had a lot of his fur trimmed off. Digby is having a bad hair day - the top photo of him emerging from the front door for his morning constitutional says it all.