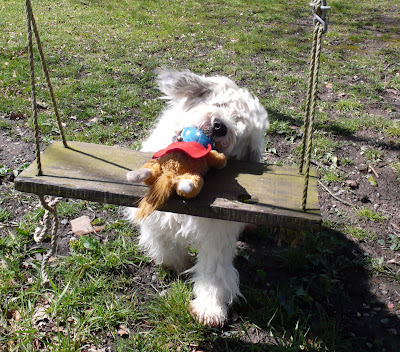 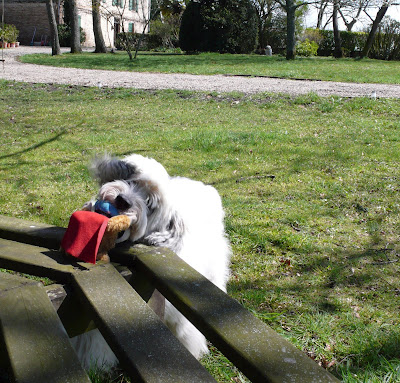 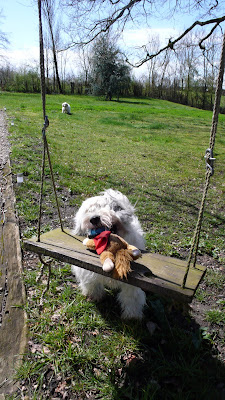 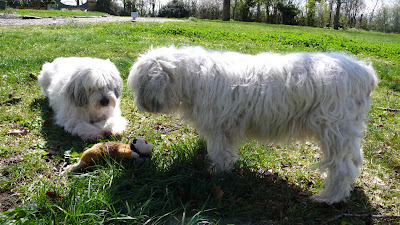 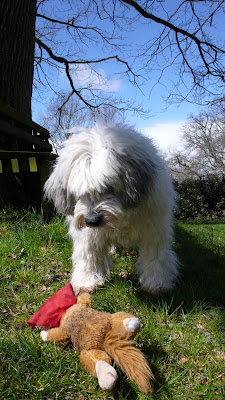 Tuesday is Madame Bay day. At eight on the dot she was there at the kitchen door, dressed in a startling summer diaphonous creation, her arms extended wide in greeting - 'Bonjour M'Ongoose, Bonjour' . Tuesday also coincides with nostalgia hour on the local radio station .Within two minutes of her arrival all the radios in the house were tuned full blast to what turned out to be a South Pacific special. The boyz sensibly retreated outside as the windows were flung open and the air resounded to the sounds of the hoover , the occasional forceful French expletive and Madame Bays spirited renditions of 'Gonner woss zat mann rite ooza m'air', 'Eyem n'luv wiz ey wunderfool gay' and 'Apee, apee, apee, apee tok' . Oh to be born with the latin lack of self conciousness. A goal sadly beyond the reach of we northern Calvinists.

While the house and garden echoed to the sounds of Rodgers and Hammerstein, Wilf, Digby and myself started off the day with twenty minutes of hide the toy and 'biff' the swing. Wilf throws himself into these games with total ,ear flying abandon. Digby prefers to sit and watch all this rough the activity from afar. Sometimes watching them I'm almost convinced that Digby thinks that Wilf is a dog but believes that he is human.