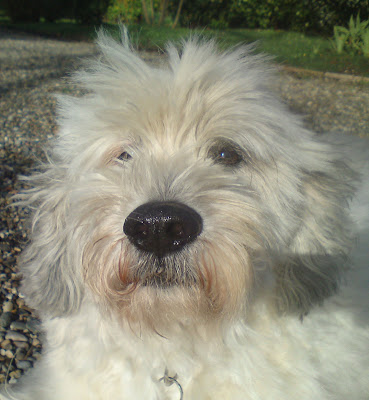 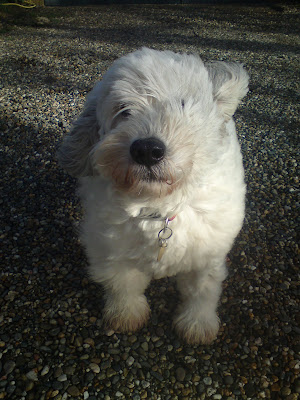 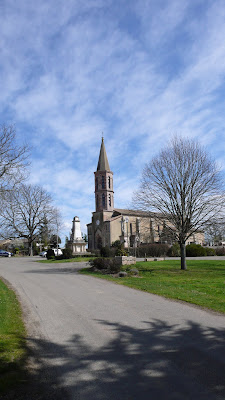 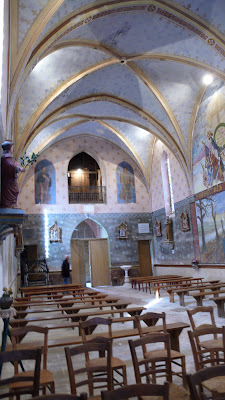 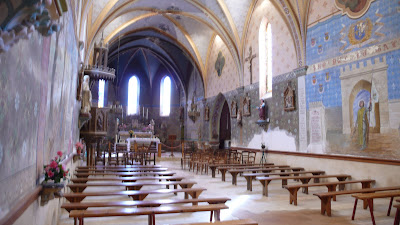 The church bell has a crack in it. Instead of going ding-dong it chimes with a rather off key dunk-dunk. That however is the least of its problems. The bell mechanism has been 'repaired' by the mayor and now chimes eleven times, on the hour , every hour ; twice. The first set of clunking chimes are followed by a second set of dunks three minutes later. After five months of living here we've got used to it but sometimes in the wee hours of the morning I find myself surfacing from sleep and unconciously counting the bells sonorous dunk, dunk, dunk . Ah ! eleven chimes it must be nearly two o'clock.
Somehow , ( a story for another post and another day ) I found myself 'volunteering' to organize and fund a concert in the village church to raise money for a professional repair of the clock mechanism ( not I hasten to add that the mayors repair using an old salmon can and a length of string was anything other than professional ). What should have been a simple process - book the orchestra, hold a concert, take the money at the door , get on with life - has suddenly taken on the complexity of negotiations at the UN Security Council. Despite their mutual loathing the two village associations have mysteriously become involved. The warring factions arrived at the house yesterday morning for an impromptu council of war - we naturally were the last to hear about it . What started off as a simple concert is now becoming a political minefield. Who will do the catering ? ( Apparently, this being France, wine and food have to be offered to visitors to the village ). Would the concert goers like a guided walking tour of the village before the recital? Should they arrange a firing of the new pottery kiln ? ( Don't even ask about that one!) Perhaps a brief lecture on pottery making in the region during the middle ages might be apt? Who will be responsible for putting the advert in the local paper? Has the prefect been invited? Should the art class hang their works in the village hall? At the end of the meeting I could feel the cold clutch of panic gripping my throat.

Wilf and Digby watched the comings and goings with great interest. They have clearly decided that every visitor has come to see them. The lady in the large purple felt hat with the three prominent partridge feathers elicited a bark.

More, much more to come in this terror filled saga.
Posted by Angus at Friday, April 02, 2010