What's all the fuss about ? 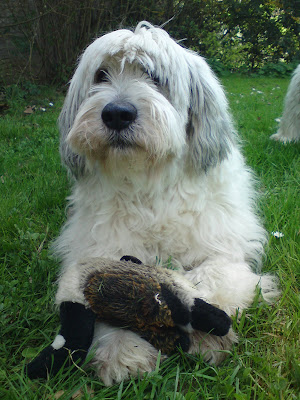 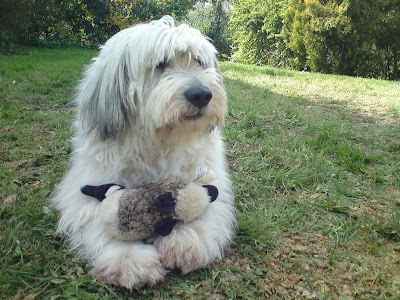 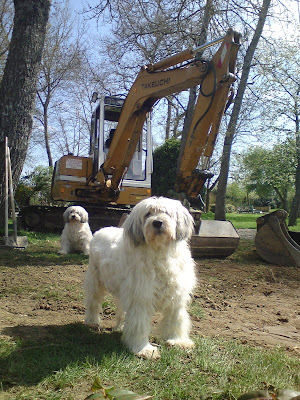 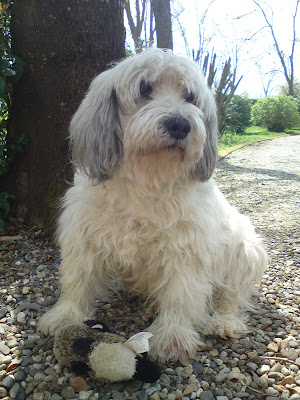 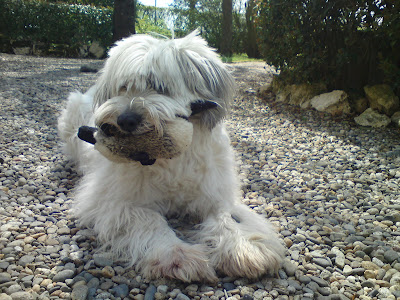 Roses were on sale in the market square at €2 for a bunch of 20. The local grower simply can't get them shipped by air to Amsterdam. Instead of having his flowers sit idly in storage he's sensibly getting rid of them at knock down prices. I felt sorry for him and bought five bunches.With the benefit of hindsight this was beyond rose overkill - more like rose addictive disorder. To make matters worse he generously threw in two bunches of paeonias for free. Every vase in the rickety old farmhouse is now brimming over with blooms and the place is beginning to smell like a West Hollywood florists.

The local supermarket was chaotic. People have woken up to the fact that the closure of much of Europe's air transport system will go on for much longer than expected. Staples were being diligently stocked up on. It wasn't exactly panic buying but the check out lines were longer than they were at Christmas.

Yesterday was spent rearranging travel plans. Trips to London and Warsaw were cancelled as it dawned on us that travel will be suspended for just as long as the volcano continues to erupt. 'The font' is supposed to be taking an exam tomorrow and we don't know if the papers have arrived or if the test has been cancelled. The great and the good are in the same boat. The Norwegian Prime Minister had to fly from Washington to Madrid and then arrange to drive all the way to Oslo. That's kind of like flying to Seattle to get to Brooklyn. The German Chancellor somehow made it to Lisbon and after driving to the north of Italy was about to get on a bus to Berlin.

While we worry about American friends who are stuck in London - " yes of course you can stay in the flat, the only problem is how do we get the keys to you ? " - Wilf and Digby are enjoying themselves. Their checklist is easy - lunch, dinner, treats,games, toys and tickles.