Green at the gills 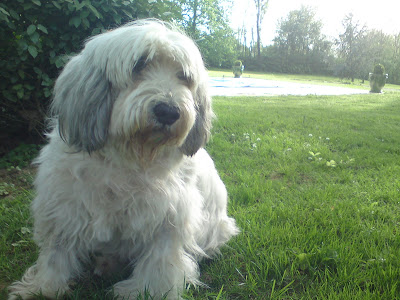 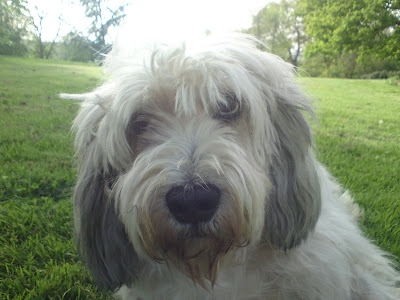 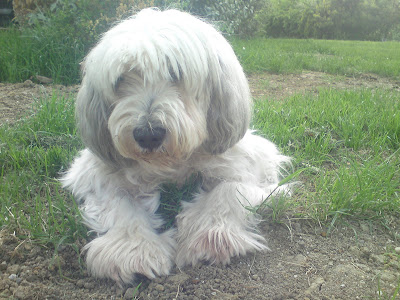 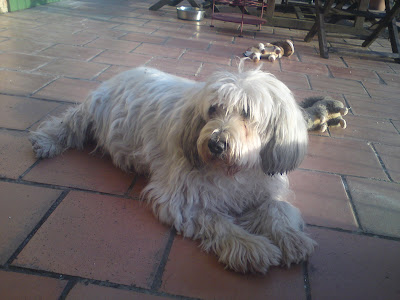 Madame Bay arrived bright an early. Digby was singled out for special attention and had his hair tousled and his chin tickled. This unexpected greeting was not well received and she got a stern ' for heavens sake woman don't you know I'm sick ?' look in return.

As Madame Bay hoovered noisily away in the house , windows flung open and radios turned en masse to the nostalgia channel and the sound of the Beach Boys, Wilf and Digby decamped to the peace and quiet of the courtyard. Such is Digbys loathing of the vacuum cleaner that he even made it down the stairs under his own steam . While Wilf raced around in search of squirrels and other excitement Digby was content to sit gently soaking up the sunshine. As you can maybe see from the photos he is still decidedly green at the gills but the new antibiotics seem to be having a beneficial effect - he again recognizes us and his brother.

The wee tike had another visit to the vets for tests and for the first time in nearly a week managed a weak grrrrr... of disapproval when the blood test was taken. Another sign if one was needed that some gradual return to his usual 'don't mess with me' self is underway.

Thank you so much for all your comments of support I'll slowly try to get round to thanking each of you.